What men do not talk about

There is a disease that can turn the most cheerful man into a morbid hypochondriac. It hurts, leads to depression, and stifles the joys of life. Plastic induration, or chordee, is an illness that can be found in every twentieth European male: that’s millions of men! For many years, the only solution was the surgeon’s scalpel. The Swiss clinic alta uro offers a unique method of treatment and combined therapy, thanks to which it is sometimes possible to avoid painful surgery fraught with complications. The Deputy Chief Doctor of the Clinic, Dr. Gernot Bonkat, tells us about this new and effective technique.

– Dr. Bonkat, how common is a pathology like chordee?
– Unfortunately, it is not as rare as we would like to think. Plastic induration, or, as it is also called, Peyronie’s disease, is one of the most common diseases of the penis. The problem is aggravated by the fact that most men are ashamed of this defect and feel too embarrassed to go to the doctor. Therefore, it can be said that patients who go to clinics are only the tip of the iceberg. The question of what the real statistics on this disease are remains to be seen.
– This is unfortunate. What should prompt a person to visit an urologist? What are the main symptoms of this disease?
– It’s hard not to see them. In plastic induration, scars and calcinosis (calcination) appear in the outer shell of the cavernous body of the penis. Early detection of the disease is hindered by the fact that in most cases it can be noticed only when the penis is in a state of erection, meaning its length in this pathology will be 4-5 cm less than average. Moreover, a specific characteristic of the disease is a significant curvature of the penis (chordee) during erection; the angle can reach 90 degrees. Usually this is a bending deflection going upwards, but there is sometimes bending going to the side or downwards. It is clear that full sexual relationships are out of the question.
– Do you mean physical pain?
– Not only that. Curvature and the shortening of the penis and related erectile dysfunction, as well as pain during sexual intercourse, affect the mental state of a man. First of all, his self-esteem suffers, which often leads to depression and isolation from society. Such an emotional state, characterized by increased irritability or alternatively apathy and melancholy, is a serious challenge for his partner.
– Please tell us more about how the disease usually proceeds.
– Doctors distinguish between two phases. The fact is that 2-3 years after the onset, the plastic induration, as a rule, pauses and the inflammatory phase transitions to the stable one. But the course of the disease depends on many factors and it is impossible to predict what its consequences will be in one case or another. Sometimes the disease completely passes, even without the intervention of doctors, but nonreversible chordee with a significant shortening of the penis may occur. ^e only solace for those who suffer from this malady is that it never transitions to the cancerous stage.
– What diagnostic methods are used before starting treatment?
– Many patients with plastic induration suffer simultaneously from an insufficient erection, so-called erectile dysfunction (ED), and testosterone deficiency. In order to choose the optimal treatment, it is necessary to conduct an accurate diagnosis. Usually, such patients are prescribed an interfacial penile ultrasonic examination and control of the cavernous body with an injection of medicine to induce an artificial erection. ^us the evaluation of the plaque, the length of the penis and the degree of its curvature is carried out. The blood supply to different parts of the penis is also investigated with an ultrasonic examination in the regime of color Doppler, or duplex ultrasound that maps the blood flow. I would like to note that all these examinations are absolutely painless. Patients often tell us after the completion of diagnostic procedures, «I imagined this would be much worse».
– Can a patient alleviate his condition without consulting a doctor?
– As scientists have not yet found an absolute answer to the question of the causes of this disease, it is difficult to give any recommendations regarding its prevention and therapy. Moreover, a truly effective medicine has not yet been created. Many patients who try to avoid surgical interference waste precious time with useless medication, after which they still have to rely on a costly operation, often burdened with complications.
– What kind of complications? What risks does a patient take if he decides on an operation?
– As I said, one of the consequences of the disease is a significant contraction of the penis, with a shortening of about 3-7 cm. This is terrible in itself for the patient. And any surgical intervention on the penis inevitably leads to its subsequent shortening by another 1-2 cm, no matter which operating technique is used. Moreover, each of these methods has additional risks.
For example, transplantation, i.e. resection of the squama and overlap of the defect with the skin graft, often leads to damage to the posterior nerve tract. Also, the patient has lost sensitivity in the skin and the balanus. Besides this, in the area of the skin graft, a so-called venous defluvium can form. Thus, patients who were operated upon with this method subsequently suffer from erectile dysfunction and a lack of orgasm more often than after Nesbit’s Corporoplast with wedge-shaped excision. Nesbit’s operation, as well as the plication process, have their deficiencies, such as the fact that the postoperative shortening of the penis becomes more significant than in operations using skin grafts.

– It is hard to imagine that there are men who consciously go for an operation to shorten the penis.
– With certain indications, surgical intervention is inevitable. All serious, experienced surgeons are aware of this problem and explain the possible consequences to their patients, so that’s why I encourage men to critically examine the numerous online offers which assure people that they conduct operations without shortening the penis. It does not matter which method of surgery is used. Patients with plastic induration will never hear such promises from a real expert in this field.
– What should be done then? Is there an effective alternative to these kinds of operations?
– Fortunately, there is. At alta uro clinic, we offer our patients a conservative new multimodal therapy concept.
It includes initial medical treatment, then mechanical therapy, and, finally, extracorporeal shock wave therapy with calcified squama. This combination therapy can stop the development of the disease in 90% of cases at the initial stage. And furthermore, within a year or two, in 70% of patients there is an improvement. This means that plaques no longer form and the length of the penis does not decrease. It is also important that the patient begin treatment as soon as possible without wasting precious time. As quickly as possible, as soon as you notice the first signs, such as pain during an erection, plaques, or curvature of the penis, you should act.
This therapy helps even in the most seemingly hopeless cases, when the disease has been around for 2-3 years, and the patient has a strong chordee. But even in this situation, surgical intervention can be avoided.
– But if you still need to «go under the knife», what method do you recommend?
– Among experts in the field of plastic induration, there is unanimous consensus that it is not worth hurrying «to go under the knife», as you say. Certain conditions must be in place for this. It is necessary, for example, that the chordee should not have changed during the last 6 months, or even 9-12 months, as we should make sure that there has been no progression. Another indication is constant pain. Concerning the choice of the method of surgical intervention, it can be said that Nesbit’s operations with plication or the resection of plaques and tissue transplantation in this case are equivalent. I repeat that advertising statements that insist that, after surgical intervention, there will be no shortening of the penis contradict the results of studies of serious authors and should be approached critically by the patients.

Gernot Bonkat
Doctor, studied medicine at the universities of Munich and Wurzburg in Germany. He graduated from a medical residency in urology at the University Clinic Basel in Switzerland. In 2014, Dr. Bonkat attained the position of Associate Professor of the University of Basel. Since 2016, he has been the Chief Doctor of alta uro in Basel.
Dr. Bonkat is an active member of various urological communities, including the European Association of Urologists, the Endourological Society, and the Association of Urology in Germany. In 2015, he headed the section «Infection in Urology» of the European Association of Urology. He is a believer in using the latest diagnostic methods in the field of infections of the genitourinary system, as well as tuberculosis of the genitourinary tract. Since 2009, Dr. Bonkat has been a senior researcher at the Biomechanics and Biocalorimetry Laboratory of the University of Basel. In 2012, he worked as a principal investigator at the Department of Urology at Tygerberg Hospital in Cape Town, South Africa. He is the author of more than 150 articles, books and reports. 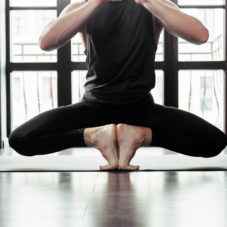 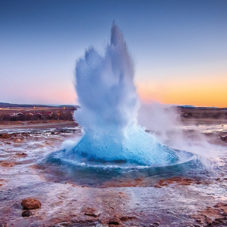 The boundaries of sensitive issues

Representatives of the stronger sex admit to their weaknesses reluctantly, especially when it comes to their manhood and sexual health. Alta uro clinic in Basel is «armed» with a powerful and precise minimally-invasive laser, which allows them to solve delicate problems quickly and efficiently
News