Getting on your knees

Kneel before your bride, have your baby sit on your lap, rise from your knees…The knee joint plays a tremendous role in human life and is involved in its most important moments. And it is precisely because the knee bears such a huge burden that it often fails. Patients from around the world who want to regain the joy of movement, go receive knee joint treatment from sandro Fucentese, associate professor and head of knee surgery of The Balgrist, the famous private swiss Orthopaedic University Hospital.

Dr Fucentese, am I right in saying that the knee is the most complicated joint in the human body?

– The knee has specific and very complex biomechanics, and it often gets out of order because of the large load it has to bear.

It is a very important joint. A damaged knee severely limits one’s motor activity. If you injure your elbow, you simply stop using it. And if a knee is injured, you stop walking, and it definitely affects the quality of your life.

– I guess the most traumatic season for the knee is winter, when many people are skiing or skating. Does the number of injuries go down in the summer?

– It’s true. We have a lot of patients in the winter. But the summer is a “hot season” too, when we admit one football player after another. Football, handball and basketball are the most traumatic sports for the knee joint. Athletes come to us to treat their injured knees with different damaged structures, and in each case we have to decided if it is possible to cure the injury conservatively, or if it requires reconstruction and surgery.

– Are most of your patients athletes?

– Some of the patients are professional athletes, members of the Olympic team, but many are also amateurs and ordinary people. I treat knees and it does not matter whose knees they are. The age ranges from children to aged patients. We treat damaged meniscus, ligament rupture and cartilage damage, but also the osteoarthritic knee. In some cases, when it is possible, we manage to do without surgical intervention – in others, if advisable, we go with joint preserving (arthroplasty). Therefore, I use a patient- specific approach or a computer navigated system to achieve a perfect alignment.

– It is believed that injury to the meniscus is one of the most common injuries. Is it true?

About 40% of patients older than 65 years have a torn meniscus, which is asymptomatic and hurts little, so they may not pay attention to that. We do an MRI and make a diagnosis. Our strategy is to continue with conservative treatment for as long as possible, using injections (including cortisol) and physical therapy to strengthen the muscles. And only if the pain persists after at least three months we discuss the next steps, such as an arthroscopic meniscus surgery.

The reason for the defensive approach is the fact that elderly patients after meniscus surgery still complain about pain; and sometimes even worse.

Of course, often we perform surgery on the meniscus. The approach is arthroscopical. We perform resection of the damaged part of the meniscus with the goal to preserve as much as possible of the meniscus. If the tissue shows a good quality, then suturing of the meniscus will be performed. The difference between the two modalities is the postoperative rehabilitation: while after the resection a full weight bearing is allowed, it is only a partial weight bearing allowed after suturing. But to preserve the meniscus reveals a longer surviving of the joint, because the function of the meniscus is very important. This very special tissue between the cartilage layers of the femur and the tibia acts as a shock absorber and stabilizer of the knee and softens the load. If the meniscus is removed, the function is lost and the cartilage layers are exposed to a higher load which ends in an earlier osteoarthrosis. That’s why we must do our best to keep the meniscus safe for as long as possible.

Nowadays, replacement of the meniscus is an option. There exist two methods: one with an artificial substitute tissue and the other with a donor meniscus, which is natural and not rejected by the body.

– However, many people think that joint replacement can solve all problems. Is it true?

– Unfortunately, it is not that simple and joint problems might be associated not only with mechanical processes. And, in spite of all the experience and achievements, the results are still far from ideal – we have not managed to outperform nature. Although the knowledge increases, the expectations on the patient’s side increases as well. Unfortunately, surgery is not as good as nature. This is why prevention is so important, especially for young people who do extreme sports. When you feel tired, you must stop practicing because you are at risk of injury and it may take a lot of effort later to regain your previous fitness level.

– What can you say regarding patella instability?

This is mostly the result of trauma or improper joint structure, which does not allow the whole system to function in the most efficient way. We know that the anatomical shapes of the joint between femur and patella with an instability ends in earlier arthritis. Therefore, my algorithm is to treat the first dislocation conservatively. In case of recurrence an exact analysis of the joint must be done and I often propose surgery. Depending on the degree of surgery, a young body copes with it well. An operation makes it possible to lead an active life in the future, having solved the problem fundamentally.

– What is the main problem that middle-aged patients have? Is it worn out cartilage?

– Yes, definitely. The decline of cartilage begins at about the age of 25. The moment that one starts to feel the consequences depend on your genes: some people have good cartilage, while for others it is worse in terms of its innate characteristics. It remains unknown why this is the case. The quality of the cartilage depends on nutrition and exposition to stress due to heavy physical work.

The axes of the legs are important: if your legs are straight, the load is distributed evenly, but in the case of bow legs the joints are overloaded and the cartilage is destroyed faster, so degeneration occurs earlier.

One of the important factors is excessive weight. The number of obese people in the world is growing, but our joints are not designed to endure such a load. These patients suffer from early osteoarthritis. Even a total knee replacement is unlikely to make an obese person’s life absolutely happy. Therefore, we provide these people with a nutritionist consultancy session, and they are given advice on weight loss. After all, the task is not simply to replace the affected joint with an implant: our goal is to ensure that the person can use and control the joint as they did before.

– How important is it for the health of your knees that the muscles and ligaments of the legs are strong?

– Not only in the legs, but in the lumbar region, the pelvis, thighs… Since all the muscles are linked into one system, they have to be strong, flexible, and they should not accumulate stress. You should not forget about muscle stretching exercises.

– Doctors advise those who have knee problems to avoid certain types of sport. For example, jogging or step aerobics. What are your thoughts on this?

– They are absolutely correct. We are currently witnessing a sort of a fitness mania, as many people believe that it is necessary to run as much as possible, take part in competitions, marathons … But if a person does not have the right running technique, it can be bad for the joints. Just like step aerobics, which involves movements that are not entirely natural, in biological terms. If the basic technique is not perfect and pain intensifies the wrong movement, then they have to stop.

I can probably say that swimming and cycling are the only sports safe for joints. But you should not pedal with too much force – it is better to choose a mode in which it is easier for you to move.

My patients often ask me whether doing yoga is good for the knees. I even went to a class myself, to have some first-hand experience to develop my own opinion on the subject. I must admit that the class was challenging for me. One shouldn’t perform complicated exercises without proper preparation, as the correct technique is important. Yoga practice includes some very intricate postures and twisting, which our bones may not be designed for. Often patients come to us after they were unlucky during practice…

You should also avoid extreme sports and activities if you are not sure that your knee joints can endure the load. All this can be dangerous. Jumping, pivoting, and stop-and-go sports put you much more at risk than cycling or swimming. Sports with contact between players augment the risk.

However, I prefer active people. Sport is important, especially today with very sedentary jobs. But people must be informed of the risk. A good basic sport condition, a correct technique, and the courage to stop when pain or tiredness occurred, reduce the risk for injure significantly.

– What can you say about squats?

– Much depends on the way you do these sports. If you do squats trying to transfer the center of gravity backwards, the load on the knees decreases significantly. It is necessary to know this and keep it in mind. Patients often complain about pain or say that the training does not help, but then it is found that they have been doing exercises in the wrong way. So we also teach people to do this.

– Can diet, vitamins or food supplements help to restore cartilage?

– There are a number of drugs with chondroitin and glucosamine, which are usually taken for several months. It is possible to start with these. But the main thing is to have a balanced diet. The leading role played by Vitamin D – especially for women, who have higher risk of osteoporosis. It needs to be replenished so that the bone content is in proper condition for as long as possible.

– What about vegetarianism? Is this type of diet harmful for the joints?

– Ironically, vegans, that is, strict vegetarians who do not eat even eggs or dairy products, often have quite decent joints, but only if their diet is balanced, and if they get enough protein. Perhaps it is the fact that they have less acid in their bodies which reduces bone mass: the environment is predominantly alkaline, and the pH level is optimal, which hinders the development of degenerative processes in the bones. However, a lot is not understood in this field.

You cannot become a vegetarian just as you take up a popular hobby. In order to avoid harm to your body, you should only switch to this nutrition system after you work through a lot of information. 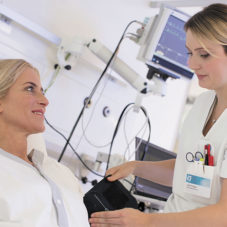 Merian Iselin stands out even among Swiss clinics, which are considered to be the world’s best
Orthopedics > 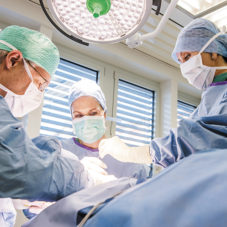