Vincent Perez is not only an actor, one known for bringing to life some of the most romantic characters of the 1990s, but also a director, a photographer, a producer, a writer, and, one could say, a philosopher. He takes every opportunity to visit his birth city of Lausanne, as for him it is the ultimate source of inspiration. A few years ago he found another excuse to keep coming back here by founding a movie festival, Les Rencontres 7e Art.

–  Mr. Perez, we first met in Lausanne, in Beau-Rivage Palace. I know that you visit there often. Now we are talking on the phone, and you’re in Paris. So do you live in Lausanne or in Paris?

– I live in Paris, but I come to Lausanne very often. That’s where I was born and my family lives close to the city. I spent my whole childhood there and left for Paris when I was eighteen. These days I travel to Switzerland often because I’m overseeing the preparations for the latest Les Rencontres festival. And, of course, it’s always an excuse to see my mother who lives in Morges, very close to Lausanne. For me, Switzerland is a peaceful place where things always slow down. It’s also a wonderful place to think about your life and work, instead of being in the Parisian rush, or the rush of any big city, like Moscow or any other. Switzerland sometimes seems like an island in the middle of Europe, with the lakes and the mountains… It’s very important for me to be able to slow down the pace, and in Switzerland, I can do that.

– I know that you have been practicing yoga for quite some time. Do you still do that?

– Yes, I do. I try to practice every day, for five minutes, or thirty minutes, or an hour. It depends on how much time I have. But honestly, time is never really an issue. If you want to find the time to do something, you’ll find it. Lack of time is a poor excuse for not doing exercise. I always try to make time for that – for instance, today I went for a run – either before or after I do my yoga session, depending on how stiff my body is. Yoga is a wonderful way to stretch.

– What are your favorite places in Lausanne to visit when you’re there, in and around the city?

– Beau-Rivage Palace is practically my second home. They are also partners in the festival. I say ‘festival’, but I should actually call it ‘Les Rencontres”, which means meetings. It’s a place where you meet people, where you share and exchange. There’s no competition, no promotions… the main idea is to build bridges between countries. Beau-Rivage Palace is really one of the most incredible places in this region, or in the world. It’s such a beautiful hotel with a long history. My other love is the Swiss Riviera, the shores of Geneva Lake. The stretch of shore from Lausanne to Montreux is absolutely fantastic. And, of course, the mountains… I’m not a great skier, but I like to hike in the Alps. My parents used to live in Villars-sur-Ollon, a beautiful town not far from Les Diablerets ski resort. There’s a beautiful little train that you can take to go to the top of the mountain, and from there I just like to walk. There are some beautiful lakes that you can reach on foot and a small restaurant where you can have amazing mushrooms. And the air is so incredibly clean and crisp! I love that side of Switzerland. And, of course, you have wonderful restaurants in the area, including one of the best restaurants in the world, L’Hotel de Ville in Crissier with three Michelin stars. If you really want a memorable experience, that’s a place you should go to.

The other thing that is great about the area is that it has a lot of wonderful schools and universities. There are about 40,000 students in Lausanne of 70 different nationalities, kids from all over the world. So you have that vibe, that kind of energy that is very particular to Lausanne. When I was 18 years old and left Lausanne it wasn’t like that. There were schools, but it wasn’t as lively as today, so that is something that has changed. When you go to Le Flon, the area where all the kids like to hang out – I say ‘kids’, but they are really grown-ups, just young adults – you can feel that wonderful energy.

But to tell you the truth, my favorite thing to do in Lausanne is probably to go to the mountains, where there are no shops, no restaurants, nothing around you, and just walk through the grass, see the cows, look for mushrooms. I’m not a climber, but I’m a walker, so that is what I enjoy the most, especially in the summertime, with the smells of nature. That is something that is really precious for me.

– Speaking about young energy, you have four kids of different ages. What would you say is the difference between their attitude to life as compared to your generation?

– That’s a good question. It really depends on how you educate your children. It’s the soil in which they grow. If the parents are giving them balance and self-confidence, things will be much easier for them in the future. Life is really about confidence. If the kids have it, that is something they can actually lean on. When they are confident, they move forward and they don’t waste time. Doubt is also important, and they should just embrace it instead of being afraid of it. It’s difficult to generalize because it really depends on the person. I see kids who have difficulties withstanding the pressure of becoming someone, of making something of their life. Some of them are eighteen, nineteen, twenty, and they still don’t know what they want to do with their life. It’s a very difficult position for kids to be in. My kids have known exactly what they wanted to do with their lives since they were teenagers. It makes things much easier. But even if a kid doesn’t know what they want to do with their life at twenty, it’s ok. It’s important not to be overwhelmed by that pressure. My youngest, Tess, is a singer. She wants to go to a conservatory in the US. Her twin brother Pablo is a basketball player. He’s at prep school in the US now. It’s a science academy, so he is studying science, and at the same time is playing for one of the best US youth basketball teams. He wants to become a professional player and he has every chance of doing so. My older daughter Iman is a model and a horse rider, a showjumper, but at the moment she’s focusing on her modeling career, and she’s doing really well. The eldest, my stepdaughter Roxanne, is an artist, a wonderful one. They are all extremely busy, workaholic, passionate, and it’s wonderful to see that. They are all very different. The thing is that whatever you do, the one that works hardest is the one who will succeed. It’s a very simple rule. I think my kids know that and they have that, and they have passion, which is great.

– Can you tell us a bit more about Rencontres 7e Art? Is it something like a movie lovers’ club?

– I wouldn’t call it a club. It’s open to everyone, to all people who want to discover movies, who are passionate about cinematography. The festival lasts for four days, and we screen 40 to 50 movies in different locations around the city. They are all classics. Every year we set a theme and create a program around that theme. We also have conferences, which take place either in the Capital, a beautiful cinema in the center of Lausanne, or in other cinemas. The audience is generally between 18 and 35 years old with, of course, some older people, but I think it’s great that it attracts a young crowd. We partner with seven universities and colleges in Lausanne, including ECAL – École Cantonale d’Art de Lausanne, EPF – Ecole Polytechnique Fédérale de Lausanne, and EHL – École Hôtelière de Lausanne. These three schools are among the 100 best universities in the world. Those 40,000 students are our target audience, but the festival is, of course, open to everybody. The cinemas are filled with people and they are rediscovering old classics, new classics, and movies from certain eras and countries, including Russian movies. You might know that one of my greatest passions is Russia and Russian culture. I’m really working on building a bridge between Russia and Les Rencontres. Andrey Zviagintsev came to the festival with his wife Anna – it was so great having them. He is probably one of the best directors in the world, I was so proud that he came. We also had Paul Auster here, as well as many Americans, English, French, Danish, Chinese – we try to be as open as possible. At some point I’d like to do an homage to Elem Klimov and Larissa Shepitko, his wife: I deeply admire that couple. When you watch ‘The Ascent’, Shepitko’s movie, and all of Klimov’s films, you can see those are true masterpieces. Not many people know them in Switzerland, so it’s a good way to say, “Hey, guys, these are geniuses, you should know their work”. There are many Russian cinema professionals that I would like to bring to the festival. I’m close friends with Pavel Chukhrai, Pavel Lungin and many others.

– How did you get the idea for Les Rencontres?

– I’m doing it because I’m passionate about movies. It’s actually very difficult – you are creating an event where you’re not selling anything, you’re not promoting anything, just creating a space where you can reflect on the movies, on the stories that they are telling, on what those stories represent for the history of humankind, because cinema is a mirror of the society in which you’re living. So it’s a beautiful way to go back, to see how people were portrayed, how life has changed since the 1940s, the 1950s, the 1960s. It’s like a time machine.

– A few years ago you showed, in Moscow, some very beautiful photos of the Bolshoi ballet dancers. Are you still into photography?

– Two years ago I published a book called Voyage en Russie – that was my first and, for now, last book. I nearly did an exhibition with Olga Sviblova at Moscow House of Photography, and maybe one day we’ll do that. But at the moment I’m working on many projects as an actor and as a director.

– What is your next project as a director? I saw your last movie, “Alone in Berlin”, and absolutely loved it.

– I will start casting for my new movie very soon – we will be sending out the script to actors. I’ll be working with a wonderful English producer, Jeremy Thomas, who has worked on movies like ‘The Last Emperor’. He’s an absolute genius, and I feel very lucky to be able to work with him. My co-writer is John Collee, who wrote ‘Master and Commander’. It is an ecological thriller, kind of a metaphor of where we are, a reflection on our relationship with ecology. We don’t really know where to place ourselves, how we can do something for the planet, what is happening, and it scares us. So this movie plays with that idea. 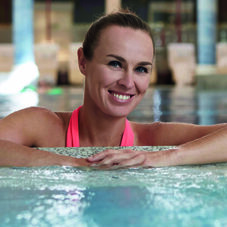 Victories off the court 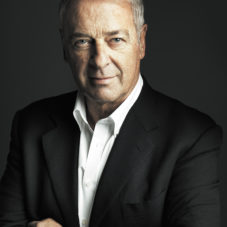