To the last drop

Mountains, watches and chocolate are the three of Switzerland’s trademarks. However, let us put aside these stereotypes and explore… Swiss water.

Gazing at your reflection in the cleanest of Swiss lakes, you can explore your real self. You can drink from dozens of small fountains all over Zurich or take part in a private mineral water tasting tour… unlock the secrets hidden in the depths of glaciers or feel like a new person in body and soul after visiting magnificent thermal springs high in the mountains and remind yourself that the human body is made up of 70 percent water…

It is no coincidence that Switzerland is sometimes referred to as “the water tower of Europe”. High in the Alps are the springs from which the Rhine and the Rhone, and the Inn and the Ticino feed, respectively, the Danube and the Po. The rivers, turbulent and powerful with picturesque waterfalls, carry their waters from here to Germany, France, Italy and Hungary and further on to the North Sea, the Black Sea and the Mediterranean.

There are around 1,500 lakes in the country. Each of them, together with their picturesque shores, is postcard-worthy. Moreover, the Swiss lakes are a dramatic example of the unity of form and substance. In some of them, the water is not only clean but is of drinking quality. Moreover, you can also find mineral and thermal mountain sources, and glacier water…

Though only a small country, Switzerland holds 6 percent of Europe’s fresh water reserves. Now that environmentalists increasingly view water as the most precious resource on the planet, the Swiss are the keepers of a real treasure, which they use in the right way.

For example, Swiss mountain streams are a major source of electricity: 55 percent of the country’s energy comes from water power plants. Mineral water from local sources is turned into quality eco-friendly beauty products, so pleasing to the skin that it is not easy to resist the temptation of grabbing them right off the shelves. Spa resorts near Swiss lakes and thermal sources have proven themselves to be among the best in the world.

The Swiss attitude towards this national treasure is one of care, as has been confirmed by a number of agencies that test the purity of Swiss water. One report, prepared by the European Environmental Agency (EEA), shows that Switzerland sports Europe’s cleanest rivers and lakes. The EEA experts, who took samples from 231 lakes, rivers and reservoirs across the country, said there were only three cases of lower-thanexpected water quality.

“What is your drink of choice?”

To give everyone an idea of how pure Swiss water is, we have yet another study to refer to. A survey by Demoscope Weekly, published by the Institute of Demography and devoted to the drinking habits of the Swiss, showed that 80 percent of 1,400 respondents like water from the tap better than lemonade or bottled mineral water. They believe their local tap water is as tasty as soft drinks – not to mention the fact that it is free of charge.

However, tap water in the kitchen is not necessarily the best way to consume all of the minerals and microelements needed for good health. Those are more likely to be found in bottled natural water.

For some, mineral water is more often associated with extreme dieting and limitation. this is not the case in Switzerland, where the country’s unique geography is the reason for the vast variety of mineral waters on offer. There are so many of them that one can even go on water tasting tours.

The taste of a mineral water, like that of wine, has its own terroir that affects its mineral and salt content, hardness, acidity and, consequently, its taste. The hardness depends on the content of calcium and magnesium per liter, whereas acidity is measured by pH level. The measure of the dissolved microelement content in the water is TDS (Total Dissolved Solids), which affects the taste more dramatically than the other factors.

If you want to make an impression as a true connoisseur, ask the waiter about the TDS level of the mineral water before you order wine and water in the restaurant. If you want a glass of white wine at lunch, it is the best to combine it with low TDS water (which is 50 to 250 mg per liter), while medium-TDS water (250 to 800 mg per liter) is perfect with red wine. Finally, water with a high TDS level will have a pronounced flavor that will interfere with the taste of wine, ruining the whole effect.

Mineral water may vary not only by content but also by origin. It can come from natural springs, artesian wells or melting glaciers. Glacier water belongs to a very special category, since it is believed to have a slightly altered structure, following freezing and melting, which helps boost metabolism. Such water may be the perfect supplement for a substantial meal, as well as for a healthy lifestyle.

For body and soul

Yet another precious resource that the Swiss use wisely are the multiple thermal springs. A thermal bath is like some magic potion from a fairy tale that brings people back to life. Spa resorts are extremely good for one’s muscularskeletal system, as they help to tackle respiratory problems and insomnia or recovery following a difficult period in life.

It was as early as ancient Roman times that the first thermal baths appeared. The Roman conquerors that took a foothold on Swiss lands were aware of the fact that warm water springing from underground was rich in useful minerals. That jumpstarted the development of what would later become world famous spa resorts such as Leukerbad and Yverdon.

Nature was generous enough not only to endow Switzerland with an abundance of thermal sources but also to locate them in the most picturesque places in the country, where the magnificent views have a therapeutic effect. However, if you are skeptical about the idea that beauty alone can work miracles, rely instead upon the professional doctors working at the local healthcare centers. Here visitors who come to Swiss resorts for medical reasons will find the best experts.

Skincare is another application for mineral water that the Swiss discovered long ago: sprays filled with thermal water, as well as various mineral creams and facial masks. You can try them in one of the local spa centers or take them home as a souvenir – a small drop of Switzerland, as authentic as its watches, chocolate or Gruyère cheese. 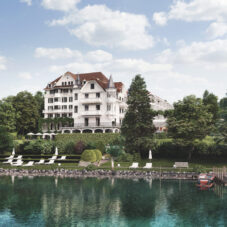 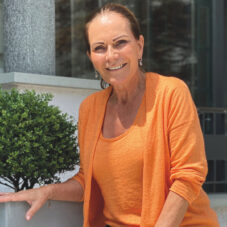 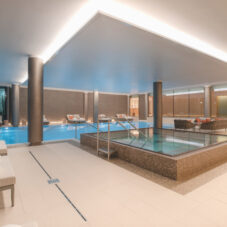