Get to the root

Just as if they were commanding a ship at sea, Swiss dentists work together as a coordinated team in which everyone is a specialist in their field. Michael Meier, one of the leading dentists at the Swissparc clinic, is like a captain who knows what’s going on in each part of his patient’s tooth – crown, neck and root. Dr. Meier is sure that in most cases, bad teeth can be saved from extraction by turning to the right specialist, so he works with a team of doctors who are the best in their field.

It is no coincidence that a clear distribution and specialization of dentists has existed for a long time in Switzerland. This ensures a high level of work in every region. When making a diagnosis, Dr. Meier always offers the best possible choice to the patient.

– Dr. Meier, please explain why problems sometimes occur with teeth that have been treated. It would seem that a filling or crown is present, but suddenly the pain begins…

– The reason for this relapse is often insufficiently treated roots. The fact is that they become agents for infection: bacteria get through right to the end of the root, and then penetrate into the bone and the blood. To avoid this, the roots of the teeth must be treated with the utmost care. The doctor must make sure that there is not the slightest sign of infection. In Switzerland, certain specialists, called endodontists, deal with the roots of the teeth.

– It is not very clear for those of us who are not familiar with the Swiss system of treatment. In Russia, for example, until recently, the same dentist treated a patient’s tooth from the crown (the top) to the roots.

– Narrow specialization makes sense. It provides higher- quality results. Specialists who treat roots have access to the most advanced equipment: dental microscope (an endodontist uses it to check for traces of infection), as well as ultrasonic tools that destroy bacteria and stop them from penetrating the bone tissue.

When you see young people who are missing teeth, the scenario is most likely as follows: the doctor treated the root canal, but at some point the dentist decided that it made no sense to continue. It was necessary to remove the tooth. But if the patient had gone to an endodontist in time, most of the teeth could have been saved. After all, even today, an implant cannot be considered a real replacement for a tooth. An inflammation in the gums may occur around it. Therefore, one should try to keep one’s teeth. For this you need to be particularly careful about taking care of the health of the roots.

It is important that only endodontists treat the roots. They have special equipment, including microscopes with the strongest magnification. After the endodontist’s work, the tooth can be considered saved forever. But even in Switzerland, not so many endodontic specialists are qualified enough.

Of course, a highly qualified dentist can independently carry out all stages of treatment, but it will take much longer. A general dentist does 30-40 implants per year, but some specialists do 400. They have an experienced hand, so to say. While a dentist deals with one or two roots a week, an endodontist deals with about seven per day…

In addition, the question of equipment is important. Dedicated specialists have access to all the necessary specialized equipment that a general practice dentist probably does not have.

That is why each of our doctors has a narrow specialization. One is engaged in cleaning the tooth, the other treats root canals, the third puts in implants, etc.

– What is the typical procedure when a patient comes to your clinic for the first time?

– First of all, the patient visits a general dentist, who may refer him to a narrower specialist, if necessary. For example, let’s say you have a couple of problems: you need to have the root of a tooth removed as well as an implant. This work should be handled by a team in which each member carries out a specific task. The patient will then get the best result.

I can give an example: your physician says that your heart is not okay and he is going to perform an ultrasound by himself. You will probably doubt that he can do it professionally, won’t you?

And you will be right, since the normal course of events is for a therapist to refer you to a cardiologist.

When I tell a patient that he should see an endodontist, a few foreign patients immediately see this as an attempt to squeeze some more money out of them, but when I explain all the details, they understand.

Now we can say with confidence that inflammation and infection in the mouth increases the risk of cardiovascular disease, strokes, diabetes, diseases of the joints, etc. Many cardiac surgeons do not perform surgery on patients with an unhealthy oral cavity. The risk of infecting the heart muscle is too high. In other words, do not overlook the fact that the state of one’s roots is potentially life-threatening.

– Most people get scared when they hear that it is necessary to treat the root of a tooth, because they anticipate a lot of problems…

– Indeed, root canals have a bad reputation, because there are not a lot of quality professionals able to treat them. The process takes a long time and is accompanied by pain, etc. Therefore, you should try to sort it out immediately. The majority of foreign patients come to me with problems that have emerged because of untreated root canals.

Do not wait too long. You can even get it done without pain. If the treatment is carried out in time, the tooth will serve you just as long as a healthy one.

– How do you treat a tooth if it is inflamed under the crown? The patient will have to take it off, and it takes a lot of time.

– We can start working even without removing the crown. An endodontist drills a hole through which he examines the inner content of the tooth using a microscope. When the picture is clear and the main part of the treatment begins, the crown is removed, the canal is treated, disinfected, and completely filled with a special substance: gutta-percha. If the empty space in which the bacteria remain is left untreated, they will multiply and spread further. For example, in case of the upper teeth, they will get into the sinuses and cause chronic sinusitis. There are many blood vessels in bone tissue, and bacteria can easily make their way into the bloodstream. Particularly aggressive ones move throughout the body. Where bacteria find the easiest way to the surface, such as the gums, a fistula or abscess appears. Before you put on a crown, make sure that the roots are completely healed.

– And if a tooth has a lot of canals, does it increase the risk of spreading bacteria?

– The number of nerve endings and roots may differ. You can never say in advance how many of them are in one tooth. At this stage, the endodontist’s technical equipment plays an important role. Sometimes a dentist finds three nerves, but after the endodontist’s examination under the microscope, it turns out that there are four of them in there. But if you miss one, it will become a reservoir for infection. If an endodontist does not have a microscope, he cannot be considered a qualified specialist.

– Can there be inflammation at the root if the tooth is dead?

– Yes, if its root canals were closed up poorly and infection remained inside. Bacteria look for a way out and always find it. In any case, you need to put the crown on a strong foundation. When the foundation is not very good, the crown will not sit properly. It’s like building a house on sand. Nor should we place a crown only for aesthetic reasons, if the tooth is still alive. This can lead to undesirable consequences, such as inflammation and pain.

– In some cases, a small surgical operation is carried out without removing the crown: the gum is cut and the tip of the problem root is cut off. How effective is it?

– Root apex resection is a very old method. To carry out this operation, you still need to make sure that there is no inflammation in the rest of the root canal. If you just cut off the root apex, and the infection remains inside, then it will spread again and cause pain and inflammation. But sometimes we cannot manage it either. For example, it is quite difficult in the case of so-called Russian red.

– What is Russian red?

– This is what Western dentists call a «red tooth» — a tooth whose roots were treated with resorcinol formalin. If a doctor could not find and cure the root canals, and the source of the pain had to be removed, the root was «embedded» in resorcinol formalin. This mixture mummified nerves and stained teeth with a characteristic reddish color. This method was not used anywhere else in the world except in the countries of the former Soviet Union. Resorcinol formalin is a very bad substance. It is extremely difficult to remove. It often happens that the root canal is not completely filled with Russian red, and then the tooth is very difficult to save. It is almost impossible.

– Please tell me what you think about wisdom teeth. Some people think that they need to be removed.

– A wisdom tooth is in a vulnerable spot. It has pockets in which there is often inflammation. Access to them is limited, and they are difficult to clean properly, so there is often tooth decay.

And if a wisdom tooth has still not fully emerged, it creates an additional problem — an empty space appears between the gum and the tooth crown, where plaque accumulates. There is a risk that the adjacent teeth will be affected. It is better to eliminate the source of potential problems and to remove wisdom teeth.

Of course, each case is considered separately. We take an individual approach to each client. The appropriate specialists are involved, and we get a comprehensive assessment. This allows us to do our work at the highest level.

MD, Doctor of Dental Sciences, graduated from the Department of Medicine at the University of Zurich in 1998, after which he worked for one year in the Department of General Internal Medicine at the Hospital of Canton Zug, and approximately three years as a research fellow at the University of Zurich’s Institute of Forensic Medicine. From 2002 to 2006 he worked as a doctor’s assistant in the Zurich Dental Center, then in 2006 he began to work independently at a private dental practice. In 2011 he became one of the founders of the Kinder-Permanence by Swiss Medi Kids Zurich AG pediatric center. He also owns the Perfect Smile Ragaz GmbH dental clinic in the Grand Resort Bad Ragaz medical centre. 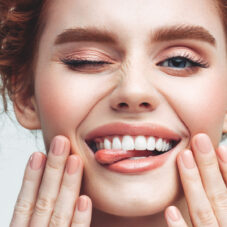 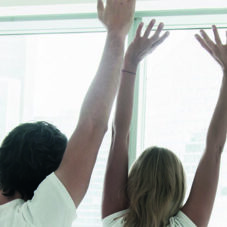 Fall asleep to wake up

Inexplicable tiredness, drowsiness during the day can be the result of apnea
Dentistry > 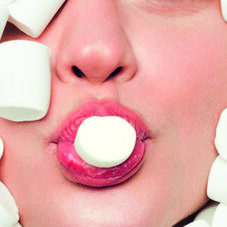 The more complicated the technology, the harder it is to discern what exactly is best for you
News