Getting an appointment with Dr. Claudia Elsig, the head of the Calda Clinic, is not easy – she has everything scheduled far, far ahead. That is because she only works with one patient at a time from four weeks to two months and sometimes up to six months, depending on the severity of the conditions in question, including depression, psychological trauma, and food, alcohol, and drug addictions.

She hardly ever gets a spare minute to give an interview. At the same time, she has a life: three sons and hobbies such as design, art, music, and horse riding. What better ways could there be to recover after months of maintaining the life of a star, an icon for millions of people, conscious that their lives are in your hands all the time?

– Doctor Elsig, many of your patients are women – successful, famous, and extremely rich women – from leaders of big businesses to royal family members. What kind of problems do they face?

– Modern women are just as strong as men. They are equally successful at business, and they hold important positions in governing bodies. However, on the inside they remain emotional and sensitive. Despite the exterior well-being and success, complications in personal relationships and problems with their children may break them. Sometimes a woman fails to recognize the severity of an emotional trauma that is destroying her from the inside.

– Is there a specific age range in which the fairer sex feels at their most vulnerable in the face of difficulties?

– Women aged 35-55 are particularly susceptible to feelings of loneliness. They often fail to find understanding, face problems in their families and unfaithfulness from their husbands. These factors cause sleeping disorders, along with lower levels of concentration and attention. They do not manage to perform so many tasks as before and tend to suffer from self-doubt and self-criticism: “I am not good enough, I have to be better.” At the same they start experiencing fears that trigger negative physical sensations: a woman may feel pressure in her chest, leading to it becoming hard for her to breathe. Emotional channels overflow and the brain is not capable of processing the information properly, so it cannot concentrate on basic daily processes. It’s impossible to plan anything, and her head becomes a mess. On top of that, she may find herself depressed. If we are talking about a trauma, everything I mentioned above is also accompanied by sudden flashbacks and hyperarousal or sometimes dissociative symptoms. She, however, has no idea what is happening to her.

– I define trauma as going very far back. That is, when a woman suffered a trauma many years ago, for example, rape, and it begins to take its toll years later. She gets sudden flashbacks: for a few seconds she is immersed in the past event, reliving the same feelings again, sometimes even physical pain. Flashbacks usually occur suddenly. For example, when you see a man who looks like the offender, or somebody’s voice is similar to his. At these moments the woman feels especially insecure and weak.

– Can the loss of loved ones cause trauma?

– Yes, the death of someone you love, a car accident, a difficult medical operation or a serious diagnosis – basically, but not exclusively, any situation in which a person has to face death. An abusive father, an alcoholic in the family, violence – all of that may cause a trauma and only qualified psychological therapy can help to overcome it.

– But if a woman is rich and successful, you would think she has already overcome all of her psychological problems, wouldn’t you?

– Far from it. For example, one of my patients, Jane (that’s not her real name, of course, as we sign a confidentiality agreement) lives in Miami and holds a high position in the government; she also runs a business and has a son and a husband. However, as a child she went through a lot. Her father often cheated on her mother, and the relationships in the family just weren’t working out.

Jane herself was a chubby girl and was often laughed at, which lowered her selfesteem. The troubled atmosphere in the family also had its effect on her: her parents were always fighting during family meals. That led to eating disorders.

Besides, as a child she suffered sexual violence. So, after her son was born and her husband, a successful businessman, cheated on her with his secretary, Jane became depressed and tried to drown her sorrows in excessive amounts of champagne. She started getting sudden flashbacks to her past traumas and started gaining weight. At some point she realized she had lost control over herself, which threatened both her marriage and her job. She and her husband have undergone treatment at my clinic together and now everything in that family is fine.

Another example is a woman from Russia. She had taken care of her father until his last days, when he died of cancer. Her first marriage failed, her daughter was born with a disability, and her second husband cheated on her. Then she met the love of her life, but after a fight one day, he left, saying something like, “Ok, you won’t see me ever again!” The next day he died in a car accident. The woman tortured herself, thinking it was all her fault. She had many different traumas but we managed to work on them during intensive therapy. She stayed in big business—now she is extremely rich and feels in harmony with herself. She founded a shelter for disabled people, which is where her daughter lives, and they spend a lot of time together.

– Children’s problems certainly affect their parents too, don’t they?

– Yes, particularly women; they tend to bear all the burdens themselves, often ignoring their own needs. Some time ago a married couple with an archetypal issue came to see me: their 18-year-old son had a drink problem. The husband had been in business for many years, managing real estate, but still demanded all of his wife’s attention – she had no time to take care of their son. Such kids often grow up in private boarding schools, where they have an unlimited amount of money to spend, although they do not appreciate it – it’s easy for them to order champagne for 20,0euro, and get prostitutes as a gift. In one of the boarding schools, for example, teachers smoked weed together with their students. When a young man leads this kind of life, it is generally difficult later on to teach him to set life goals and pursue them. Often such kids do not even know how to dream, because all their

wishes come true with no effort on their part: they want a Ferrari – they get a Ferrari. Once the wish is fulfilled, the excitement is gone. They are insatiable. So in this situation, what’s a mother to do, when she’s on the edge herself? As a rule, in these cases I work both with the parents and the child.

– Where do you start the work with your patients?

– The first step is to diagnose: I have to really understand the person. Then I perform detailed lab tests and assign therapy.

The main area of the clinic is orthomolecular psychiatry. It combines psychotherapy with compensating for the shortage of the necessary vitamins, minerals, and other elements in the patient’s system. This combination makes psychotherapy very effective, as positive changes occur in the brain structure. We conduct a detailed analysis to identify what elements are lacking. Some elements may be prescribed immediately, and once the genetic analysis results are ready (they take the most time, about two weeks) we can add other supplements.

Our task is to bring a person back to their natural mental and physiological balance as soon as possible. I call this process a transfer back to normal life. However, for artistic people, singers and actors, their big question is, “How do I find inspiration?”

Sometimes I use hypnosis to work on subconscious issues. We cannot change anything unless we tackle the issues hidden deep inside our brains. That requires special techniques. However, it’s important for the patient to be proactive. If someone comes to me and says, “Hypnotize me so that all of my problems go away”, I will answer, “No, that’s not the way it works!” Miracles do not happen with these kinds of diagnoses: it takes time and effort to get rid of the problems for good.

– How do you work with the spouse and other family members?

– If a woman comes with her family, we chat with them as well. Generally these people are already motivated to undergo treatment. The treatment strategy is always discussed with the patients. For example, I have to explain to them that addiction is a brain disease or to warn them that they might suffer a relapse. It takes time to recognize this but they shouldn’t be scared and need to react accordingly. The same applies to depressions. During treatment a person learns a lot and can then react appropriately to emotional swings.

– If a woman is scared of leaving her family and business for a long time, what can be done?

– If you really want to get rid of your problems, you have to make time for this. Get a month-long vacation, come back happy – that’s the way to look at it. It’s important to make time for yourself!

– Sometimes when problems occur doctors prescribe antidepressants, and they seem to work.

– We know that some people who have been taking antidepressants for many years have a low level of serotonin, although these medications are in fact supposed to make it higher. Patients often say that antidepressants work like this: they do not feel sad anymore, but not necessarily happy either. Their life is like a blur, like there’s fluff in their head. That cannot be the aim of treatment. A person should feel like him or herself. We recreate the natural serotonin levels, through amino acids, for example, and define the exact dosage.

– For many successful and seemingly strong women, menopause can be very painful or make them fall into despair as they are not ready to age.

– For a woman during menopause, we develop a detailed treatment plan. Provided there is no increased risk of oncological diseases in their medical history, we can prescribe hormonal and substitutive therapy. Besides, some wonderful herbal remedies are available now. Herbal medicine is effective.

Also, it’s certainly important to take care of yourself – it can help a lot in preventing age-related changes. As for psychological problems, the same principle applies: the sooner we start working, the more effective the result. The human brain is very flexible, and it keeps changing throughout our whole life, fortunately. But we have to train it. The worst case scenario is when a person doesn’t do anything.

– What are some of the advantages to treatment in your clinic? Why do American celebrities prefer your clinic to the ones back home?

– First of all, Switzerland does offer the best treatment. There are many famous clinics in the US. For example, Eric Clapton has his own private addiction clinic in Antigua. However, there patients undergo treatment in groups whereas we offer exclusive treatment. Secondly, Switzerland has the highest standards of medical quality. Thirdly, we strictly observe confidentiality. The celebrity can remain unrecognized if they decide to take a walk wearing sunglasses and a baseball cap. They won’t be chased by paparazzi. Our country preserves political neutrality and observes confidentiality, which is important. 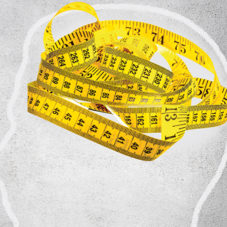 Food does not come on its own

Anorexia and bulimia – these are everyday words for many of us. But what really lies behind these medical terms is known only to those who have encountered them in real life
Doctors & Clinics > 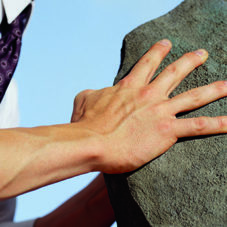 Weaknesses of the strong

You are successful, you manage to get everything done, you live a full life...
News