Antibiotics against bacteria: the struggle endures

– Professor Vogt, please tell us what hospital–acquired infections are and how dangerous they are.

– A disease caused by a community-acquired infection, for example, when someone is at home with pneumonia, follows on from a so–called normal environment. If a person catches an infection in a hospital, then this infection is usually more aggressive than a community–acquired infection. Paradoxically,
antibiotics, with which we struggle against infections, are to blame for this.

It must be remembered that bacteria are much more cunning than we are. The more perfect the antibiotics that we use against them, the more maneuvers they devise in order to survive. They become more resistant and develop mechanisms that neutralize the effects of antibiotics. Moreover, they are able to ‘exchange’ these qualities among themselves. That is, a bacterium that has not yet confronted a specific antibiotic becomes resistant to it as it has exchanged its properties with its “friend” that has already come across this antibiotic. Since hospital bacteria constantly deal with different medications, they have long ago learned how to resist them.

– So it does not depend on the level of the hospital’s sterility or its staff, but on something else?

– Of course, such serious problems will most likely be observed in a nonsterile clinic. However, infected patients are admitted to even the most sterile clinic, and other patients in the clinic will become infected. Accordingly, antibiotics will be prescribed to combat the infections, and then the infections will “adapt” to the antibiotics, and new multi-resistant bacteria that have immunity to different medications and are thus much more dangerous will appear.

– This is a real vicious circle! How you deal with the problem?

– First of all, it is necessary to follow hygiene regulations. Also, it is reasonable to use antibiotics. In some countries, antibiotics are prescribed for more or less any significant disease, but this is unacceptable, because bacteria adapt to antibiotics and become more stable. It can even be said that the more antibiotics
prescribed to patients in a particular clinic, the more multi-resistant bacteria there will be in these clinics.

– What diseases do we see in patients most likely be infected with these bacteria?

– First of all, they might be infected with these bacteria in the case of different tumors. Also, patients who have been prescribed immune-suppressors and who have undergone organ or tissue transplantation; patients in intensive care units, who have weak immune systems because of consumption; these people are also in danger. In addition, patients who are prescribed many intravenous drugs get weakened and liable to infections. Even the influenza virus is quite dangerous for elderly patients with chronic diseases – bacteria can settle in a body with a weak immune system, and then the infection will develop into a bacterial super-infection.

– In connection with hospital–acquired infections, I remember one sad case. My good friend, a family man, was hospitalized with general discomfort… and suddenly this healthy person died at the age of 50. It turned out that his heart was destroyed by bacteria, by this disease called endocarditis. How is it possible that it was not found before?!

– Endocarditis is a disease which is usually not suspected at first. Its symptoms are typical of various infectious diseases that a person suffers from throughout his life – flu, pneumonia, arthronosos and so on. The patients complain of weakness, apathy, fever. First of all, the doctor makes more common diagnoses. Often, endocarditis generally goes unnoticed: the patient feels good and does not consult a doctor at all. As a result, the right time for conservative treatment passes, and this is no one’s fault. Moreover, few people worldwide know about this disease. It doesn’t sound familiar.

– And how c an endocardit is generalize?

– For example, a person has a wound on the skin. He does not pay attention to it, and the wound gets infected. Bacteria can get absorbed into blood through an unfilled tooth, through an inflamed intestine. It is conceivable that some of the bacteria can attach themselves to the heart valve. Settled in this new place,
they begin to destroy the valve, which leads to bad consequences.

But I do not want to scare anyone – in most cases, after getting into the blood, the bacteria still do not do much harm. For example, if we do a blood test after
professional teeth cleaning, the bacteria will still be found in the blood, because during this procedure the gum is often damaged and it bleeds. As a rule, due to
immunity resistance, no serious infection occurs. But there is a small number of people who are just less fortunate – bacteria attach to their absolutely healthy
heart valve, and endocarditis generalize.

– What kind of people would you put in a risk group?

– People with a heart valve mechanical prosthesis are very susceptible to such infections. They have to take antibiotics every time they treat their teeth so that
bacteria do not get absorbed into the blood and damage the valve. A prosthesis infection is a more serious problem than the primary infection of a conventional
heart valve.

Those who have a defect in their heart valve from birth, or an abnormal position or structure are in the risk group. A defective valve is also more liable to infection – bacteria often attach themselves to it. Or, for example, a person comes down with the flu and gets endocarditis as a complication. I will repeat myself: usually, nothing will happen. Of course, our body resists and joins the battle against the bacteria. But the enemy is dangerous and armed. The harmful microorganisms secrete a substance that protects them. At first, they sit quietly in a new place, but they can start destroying tissues or the heart valve or get into the blood with subsequent infections; then these cunning beasts spread throughout the body and destroy it. Sepsis occurs in such a way.

– What measures do doctors take in this case?

– The question is how much the heart valve was damaged during the course of the disease. When the problem becomes acute, the heart can no longer function normally. The patient’s body temperature goes up, the appetite goes, the patient feels a general weakness. The kidneys can pack in. The complaints might be different and the therapy will also be different.

Initially, heart infections are treated with antibiotics. Surgical intervention and a subsequent course of antibiotics might be used in difficult cases. If not only the heart but also other organs are infected, there is a large–scale threat to the patient’s life. Sometimes full heart surgery is required to save the patient.

– How do you recognize endocarditis in yourself or a significant other?

– If the high temperature continues and there is no other explanation, it is worth considering endocarditis. For example, with so–called subacute endocarditis – a slowly developing infection – complaints about poor health can last for six months. At the same time, the patient’s condition permits him not to be hospitalized. His temperature more or less holds up and he is prescribed antibiotics, after which he gets better. Then the temperature rises again and is sent down again, the
patient loses weight, but a final recovery does not occur. This condition can last for many months.

The doctor must be alert: if the patient is regularly examined and no other diseases are detected, it is necessary to send him to the cardiologist, examine him for heart murmurs and do echocardiography.

– If the heart valve is destroyed, is surgery inevitable?

– Yes, there is no other way. There are patients with endocarditis who can only be saved by surgical intervention. But non– surgical endocardit is treatment is difficult and expensive too. In general, the treatment of wound infections and their consequences, including endocarditis, are not cheap. For example, from 2006 to 2009, our clinic, Hirslanden im Park, spent 2.7 million euros on wound infection treatment. These are perhaps the most unpleasant complications that a atient
may experience after surgery. Therefore, wound infection should be avoided. Of course, every advanced clinic has microbiologists, bacteriologists, andantibiotic specialists in its staff, who constantly improve and control hygienic measures. We study the protective bacterial mechanisms, trying to destroy them. We look for natural ingredients that can be used to fight bacteria.

And, a lthough antibiotics have become more effective than they were 20 years ago, bacteria have become much more dangerous. Of course, we should be grateful to past researchers for having such effective medicaments at our disposal, but no one can guarantee ,that the golden age of antibiotics will continue. We should not carelessly place the potency of these antibiotics at risk by prescribing them when there is no special need, because we will provoke bacterial development. In short, this struggle isn’t over yet.

– But usually we do not read much about this theme in popular medical literature.

– Indeed, maybe bacterial infections are not as popular a subject now as medical robotics or echocardiography. In fact, infections are a huge problem in cardiac surgery. This was a big problem at Hirslanden im Park too. Such infections were found in 10.2% of cases during open-chest procedures in our center – a frighteningly large percentage.

We developed an international protocol together with Russian, French and Austrian colleagues that described how to deal with this problem. One of the studies, conducted by the University Clinic in St. Petersburg in conjunction with Swiss specialists, followed 8,000 patients over 10 years. During the tests, the developed drug resulted in a reduction in patient mortality from 10.2% to 1.2%. The results of the study will be published in Russia, Switzerland and Austria. Our colleagues gave a presentation on this theme in China; American doctors are interested in the practical part of our studies too.

I can proudly say that we have almost solved this problem via joint efforts. The percentage of infection has decreased 10-fold, the protocol works, and there
are many clinics in the world that use it successfully. 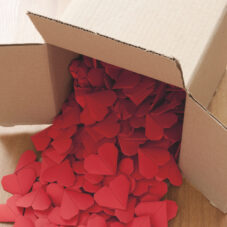 In just a few minutes, one of the best cardiac surgeons in Europe was to start a major surgical operation...
Cardiology > 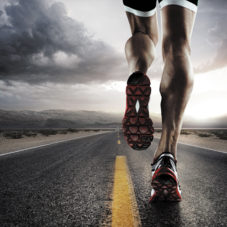 A healthy heart is sooner lost than won

How to train sensibly? And, if illness becomes unavoidable, how to regain one’s health?
News