Today Switzerland is a world leader, and not only in the sphere of aesthetic surgery. Medical centers compete with each other to be the first to find the secret of eternal youth, and the results inspire respect. But there are some places that don’t need any ads; patients from all over the world flock there. Such an undoubted leader is the clinic ‘Biotonus’ in Montreux.

Doctor Reza Tavassoli is sure that one can meet the second half of one’s life in a good, fit and cheerful frame of mind. Specialists at Biotonus pay special attention to anti-aging programs – the human body is adjusted like a Stradivarius, whose sound doesn’t change over the course of time. A client gets an effective rejuvenation program that works for many years.

– Dr. Tavassoli what is Growing old?

– Growing old is a relatively new phenomenon. A few centuries ago, human longevity was about 30 to 40 years. In the 1900’s the average lifespan was about 50 years. This is not all due to genetics but to a lack of hygiene and proper medication and lack of knowledge in treating diseases, as well as malnutrition.

Death in childbirth was common for women and many children died in infancy.

In a matter of a century, longevity has shot up to over 80 years. This is due to progress in medicine, biotechnology, and pharmacology, hygiene and improved living conditions. Many scientists believe that humans are programmed to live up to 120 years of age or even more.

Different species have different life expectancies. Let’s take in comparison another species, for example the mouse. The maximum life span of a mouse commonly used in research on aging is about 4 years. The genetic differences between humans and mice regarding these different aging rates is due to the deficiency of DNA repair, the type and the quantities of antitoxidant enzymes and different rates of free radical production.

Life expectancy is the expected numbers of years of life, which is 80 – 90 years today. Thanks to medical progress, life expectancy is increasing constantly. It is estimated that for every 4 years remaining of your life, you gain 1 year of longevity. A child born today has a life expectancy of 100 years.

At this very instant, many different reactions are happening in your body. Electric waves are going through your brain. Various immune reactions are taking place against microbes which have entered your body. Different chemicals are running through your body from your head to your toes. Your body is like a chemical factory, a transport company… it communicates, detoxifies, repairs and heals. All these different jobs in each system are done by your cells.

The human body is made up of some hundred trillions cells. The cells are the smallest unit of life. In our body, there are more than 200 different types of cell. Each cell is capable of performing many different functions. The cells are made of a cell wall, or membrane, cytoplasm, and a nucleus.

One can simplify the functions of some of the cell elements as follows: the nucleus can be considered the brain or the hard disc. The cell membrane is the boundary, containing and communicating. Robosome is the factory. Lysosome has the function of recycling and eliminating waste. Mitochondria is the power plant, etc.

Aging is the accumulation of changes in any living being over time. In humans, these changes are physical, mental, psychological and social.

– Have you ever wondered why we are aging? What exactly is happening in our body to bring on the wrinkles, gray hair and other degenerative changes?

– Most scientists now agree that aging is at least in part the result of the accumulation of damage to molecules such as proteins, lipids and nucleic acids (DNA and RNA) that damage our cells. When the DNA is damaged our cells function less well, so our tissues and organs will begin to deteriorate and our health will decline and eventually we will lose the ability to function.

But where does the damage come from? The damage comes from internal and external elements. There are so many theories about aging. here I mention a few plausible ones.

Free radical theory: oxygen enters our blood through respiration and is carried to different organs, tissues and cells in order to generate energy for cellular metabolism. Normally an oxygen molecule absorbs 4 electrons and converts them to water and energy. However, if an oxygen molecule takes up only 1 or 2 electrons, the result is a highly unstable molecule which is called oxydative or free radical. These free radicals can damage many kinds of molecules by stealing their electrons, which can result in mutating the genes, damaging the lipids and the cell membranes, breaking the proteins and causing cellular injury and eventually cellular death.

The second one – telomere theory. Telomeres are the structures at the end of the chromosomes like the plastic at the end of a shoe lace. Telomeres have been shown to shorten after each cell division. Shortened telomeres activate a mechanism that prevents further cell multiplication.

DNA damage theory suggests that aging results from repeated damage to the DNA in the cell or organ. Since DNA is at the base of cell structure and function, this damage to the DNA molecule or gene can lead to its loss of integrity and early cell death.

– What determines the aging speed?

– All living organisms show signs of aging after a nearly perfect renewal period. In human beings, this perfect renewal period is estimated to be up to the age of 35, after which people experience a decrease in the ability to respond to stress, increasing homeostatic imbalance and the risk of disease. This currently irreversible series of changes inevitably leads to aging. Some researchers are treating aging as a disease. As genes that have an effect on aging are discovered, aging is increasingly being regarded as a potentially treatable condition.

There is calorie restriction theory: a decrease in calorie intake of 30% to 50%, but maintaining the proper nutrient intake, has been shown to increase life span in mice by up to 50%. The effect of calorie restriction could be mediated by the slowing of cellular growth and therefore the increasing of the time between each cell division.

We are not all equal in terms of aging because of genetic differences and environmental factors. Chronological aging does not correlate perfectly with functional aging: two people may have the same age but differences in their physical, mental and psychological capacities.

The aging process does depend upon the genetic clock (30%) but it mostly depends upon lifestyle and environmental factors (70%), i.e.: malnutrition, lack of physical activity and exercise, sleep disorders, smoking and excessive consummation of alcoholic beverages, exposure to sun, stress, pollution, mood.

– How do you assess the health status of patient? How do you start a checkup?

We run blood tests for more than 100 parameters. We study the level of calcium, vitamins, cholesterol, the function of kidneys, and the protein content. We can also perform different genetic evaluations. The results tell us which diseases may occur in future; a patient can thus take appropriate measures. For example, now we have more knowledge about cholesterol than scientist had when I was a student, so the quality of the examination has changed.

We are developing preventative anti-aging programs. Their aim is to stop negative processes in cells. But this can only be done using a complex approach, acting both on the cell and metabolic level. We know a lot about balanced nutrition: more fish, less sugar, a limited amount of salt, at least 5–7 portions of fruit or vegetables every day. Physical activity and good sleep are also important. Correct habits help to extend our lives, and our task is to explain to our patients how to change their lifestyles.

A rich diet, that is, a diet with a large amount of animal fat, processed food with additives, canned food, too much sugar and salt, and carcinogenic substances such a heavy metals, pesticides and fertilizers, leads to an increase in the risk of cancer and premature aging.

Physical exercise protects against the development of coronary heart disease. Control of one’s weight decreases cholesterol and blood pressure, and improves muscular strength and bone density. It also increases the secretion of endorphins, which improve our mood and boost our energy.

– What is the estimated period of the antiaging program?

– Our anti-aging treatments take between 7 to 10 days. During this period, we can help our patients to change their eating habits, to show them certain appropriate physical exercises, and to organize different relaxation procedures. Patients can combine different programs depending on their needs. Also they can combine them with other therapies.

We initiate an individual daily program for each patient; this means that the patient is occupied with the treatment program for the whole day.

We have our own vitamins, antioxidants and products for skin. We choose them individually for each patient, taking personal particularities into account.

– OK. If I have accurately implemented all of your recommendations, what results will I get? 5 years, 10 years?

– You will feel renewed and more energetic. You will get less tired and less sick. Your quality of life will be higher. If you had sexual problems, they will lessen. Your skin tone will improve. Your immune system will be strengthened and your quality of sleep will improve.

From 1969 to 1973 he studied biology in the USA, then medicine in Switzerland, and in 1979 he graduated from Lausanne University. From 1979 till 1984 he interned in different hospitals in Switzerland. From 1984 to 1987 he worked in Biotonus clinic as a therapist, then did two years as Head of Medical Affairs. From 1989 until now he has been the Director of Medical Affairs and the Chief Physician of Biotonus clinic. 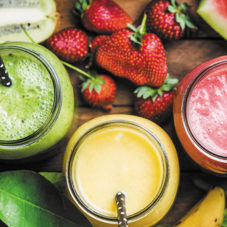 Treatments using vitamins and minerals are not a new-age myth, but a very effective way to improve health and tackle many health problems
Антиэйджинг > 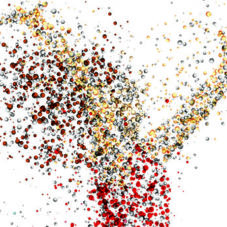 The body of each person has a unique biochemical composition, and all of us have different levels of health
News